We welcome all regardless of age, gender, race, marital status, sexual orientation or income level. You are all loved by our Lord Jesus and he welcomes you.

The center of our mission is worship on Sunday morning. Here we are encountered by God through the spoken word and the sharing of Holy Communion. From there we seek to share this good news through learning, fellowship, telling the story to others, serving the community around us and by supporting the ministry of Trinity.

We would love to have you join us for worship and if you wish, to become part of our mission to share Christ in word and deed!

History of Our Church

In 1926, a meeting was held to consider creating a new Lutheran congregation in Greencastle. The decision to do so came that same year. Church services were held in the Gem Theater until a new building could be constructed. Throughout the following year many changes occurred with the installation of the first pastor, the adoption of the church’s Constitution and By-Laws, and the purchase of the current church site.   In October 1928, the congregation began having services in the new building even while the construction was being completed.  October  21st to the 26th of that year The service of Consecration fo Trinity Lutheran Church was held by the first Pastor, William S. Ulrich D.D.  The congregation worshiped at that location until the end of 1999.

Around 1995 the congregation faced some decisions: close, renovate the building or relocate. After much prayerful discernment under the leadership of the Rev. LaDonna Thomas, the congregation opted for the relocation. After a two-year search, the Jason Drive property was purchased. Local businessman, Dallas Strait was instrumental in the purchase of this land.

The Rev. William DeHass began serving Trinity in July of 1998. Almost immediately a Building Committee was formed and discussions began with the church architect of the ELCA for the design of the new church. In October of 1998, the congregation joined at the new site for a blessing of the land. 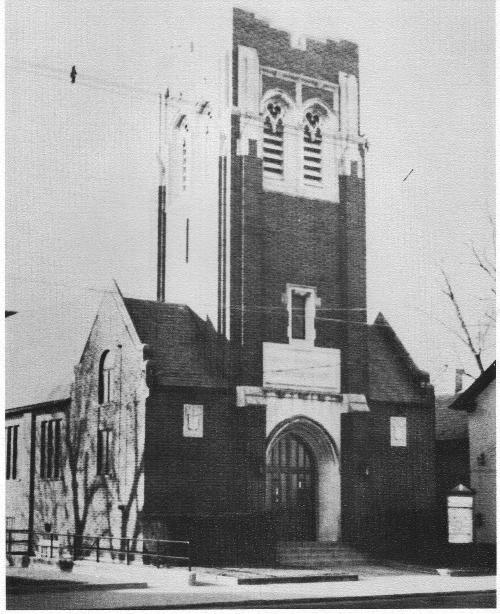 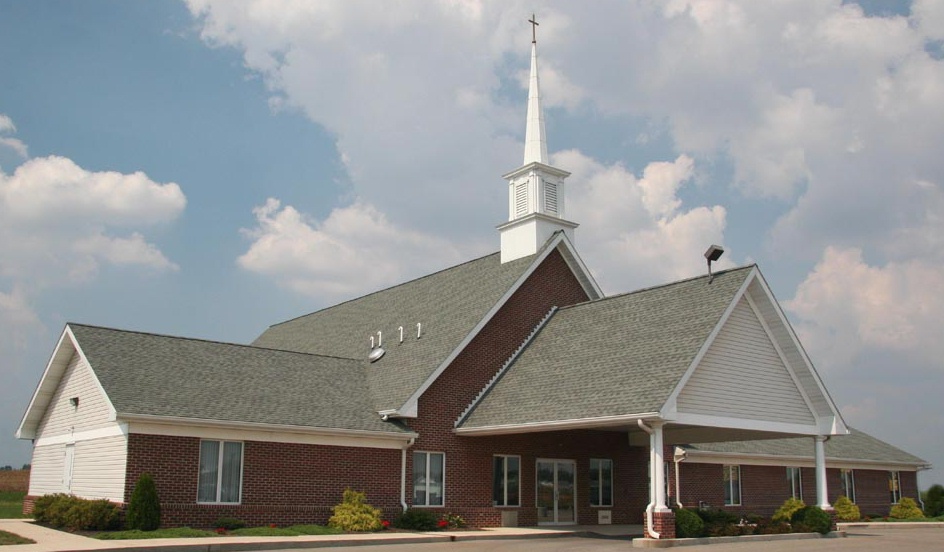 A Capital Fund Campaign was held in April 1999 and resulted in enough financial support to move ahead with a 5000+ sq. ft. building. In September of 1999 the congregation asked the Court of Franklin County to modify a trust given to Trinity from Mr. George Heck. Since Mr. Heck’s intention was for the growth and well being of Trinity, the Court modified the trust and Trinity was able to use the money to expand its building plan.

After approval of the congregation in March of 2000 a contract for a 6184 sq. ft. building was signed. A Service of Groundbreaking was held on April 9 in cold spring weather with 50 mile an hour wind gusts. The Spirit was moving!

The building process under Rockwell Construction took until the end of the year. On January 7, 2001 Trinity moved into its new home for good.

The beginning of Trinity’s ministry at Jason Drive the decision was made to “recharter” the congregation. This involved asking people who were on the rolls of the congregation to sign a new charter. All those who signed by Easter Sunday of 2001 were then declared the baptized membership of Trinity Lutheran Church, Greencastle, PA. As of Easter Sunday that year.

During the time at Jason Drive we have seen many changes: an additional worship service, two youth groups, a new church musician, a Prayer Garden, an Adult Fellowship Group, an expanded choir, a praise band, a hand chime choir and a new pipe organ was purchased and combined with our present pipe organ to create a new instrument.We have also seen much growth both in numbers and spirit at Trinity over our time at Jason Drive.

On April 15, 2012 the congregation voted to expand our present facility to include a new worship space as well as a choir room, sacristy, additional restrooms, a new narthex and entrance way and a new kitchen. The older part of thebuilding was reconfigured with the former fellowship area made into two classrooms, the old meeting room into a new nursery and the old worship space into the new fellowship area. Work began on March 31, 2013. The first worship service in the new space was on November 3, 2013.

August 28,2016 we celebrated a service of the Rite of Thanksgiving for retirement of the Reverend William W. DeHass. Pastor DeHass served Trinity for 18 years.

Pastor Barbara Barry was called to serve Trinity Lutheran on January 21, 2018. Pastor Barry’s service of Dedication was held on May 20, 2018.

On the Day of Pentecost, people heard the good news in their own language. (Acts 2:1-21)

Regardless of age, race, or status in life, members of the Evangelical Lutheran Church in America welcome you to join this community of faith. If you’re unfamiliar with our church, some of what you learn may surprise you.

The ELCA is an engaged, active body of people who put faith in God into action — in millions of ways, all over the world. Join us!

This page will give you a brief overview of this church, some quick facts, and guide you around the site. We also invite you to learn What We Believe, found on the main ELCA.org site.

History of the ELCA

The Evangelical Lutheran Church in America was formed over 20 years ago. This new church was formed from three separate and well-established North American church bodies:

Beginning January 1, 1988, these churches, with shared beliefs and missions, officially formed the ELCA. Two decades later, this energized church is composed of 4.8 million members and nearly 10,500 congregations across the U.S. and Caribbean. Today, the ELCA reflects the rich and diverse heritage of the people it serves.

But to understand our heritage fully, one must trace our roots back through the mid-17th century, when early Lutherans came to America from Europe, settling in the Virgin Islands and the area that is now known as New York. Even before that, Martin Luther sought reform for the church in the 16th century, laying the framework for our beliefs.

Read about Lutheran Roots in America on the ELCA website >> 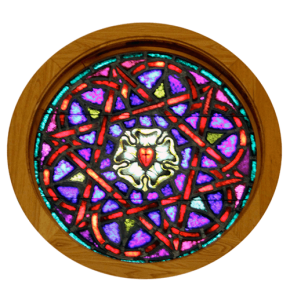